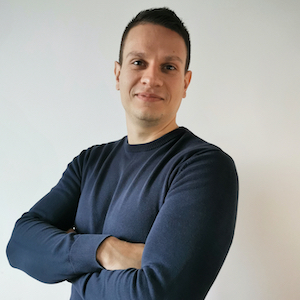 How budget and changing campaign goals can affect Smart Bidding

Using the bid simulator, the advertiser now understands how the campaign will work, depending on the bid changes on the keywords. Until January 13 this year, this was only available for campaigns that used Manual Bidding or Target CPA bidding. Since that date, Bid Simulator has been introduced for campaigns using the Target ROAS bid strategy, and a new Budget Simulator has been introduced. Target ROAS Bid Simulator shows the relationship between targeted ROAS and the key metrics that are set during setup. For example, it shows how raising Target ROAS, from 60% to 80%, will affect a campaign, that is, how many campaigns in that situation will receive clicks, impressions, compared to Target ROAS selected so far. All other items such as landing pages, ads, competition ads, etc. are assumed to remain the same.

Budgets for campaigns using Maximize Clicks or Maximize Conversions must change from time to time. Similar to Bid Simulator, the new Budget Simulator will show budget changes affecting campaign performance, ie how many more clicks and campaign impressions you will get if your budget increases and vice versa. In any case, the Budget Simulator will make it easy to find the ideal budget for your campaigns.

Optimizing mobile web pages, and therefore the speed of their opening is more important than ever. According to research, just one second when downloading web pages on a mobile phone can affect conversion rates up to 20%, according to the SOASTA survey. How does Parallel Tracking help here? Parallel Tracking directly leads users to a landing page while measurements are taken as a background process. On average, Google states that advertisers using Parallel Tracking have reduced page load times by up to five seconds. Consequently, if one second affects the conversion rate growth by up to 20% and Parallel tracking speeds up the web site up to 5 seconds, the importance of this functionality is immediately apparent. Parallel Tracking is available for video campaigns from January and will become mandatory from March 31st, 2020, as is mandatory for Search and Display campaigns. If you haven’t already, there is nothing left for you to do but prepare and reap the full benefits.

Zapier is an online tool for automating and linking applications such as Gmail, Slack, MailChimp, with over 1,500 other integrations. Easy to connect, without the need for additional coding and developer work. But while it may sound like a Zapier ad at first, it is a news release that will surely be welcomed by all users of Google Ads and this tool. Conversions are not only recorded online but are often done offline using various CRM systems. Just when conversion data needs to be entered into the Google Ads system, there are obstacles to get the most accurate data and results for specific campaigns, ad groups, and keywords. Of course, these metrics are crucial for quality campaign optimization. Offline Conversion Tracking lets you enter offline conversions into the Google Ads system, but it can often be a complicated process if you are converting from a CRM system. Google claims that they have partnered with Zapier for this reason and helped them create Google Ads integration, which greatly facilitates the entry of CRM data into Google Ads.

May brought us just three news from the world of Google Ads advertising. Hotel ads – update due to COVID -19 Due

Scroll to Top
We use cookies to ensure that we give you the best experience on our website. If you continue to use this site we will assume that you are happy with it.Ok