November has brought a bit less news to the Google Ads world compared to the past two months. However, you should go through them as some new things are presented.

As we know, ad extensions improve ad performance and encourage users to take action (click on an ad). To allow the same for YouTube ads, Google has decided to add them to this feature. YouTube ad extensions provide viewers with not only useful information, but also call-to-action information such as store location displays, call to action, and interest forms. This information will appear as part of a video ad, but it’s best to see what it will look like below:

In addition to this news, it’s announced that later this year the “call to action” extensions, currently available for “TrueView in-stream” ads and “Non-Skippable” ads, will also become available for “6-second bumper” ads (https://support.google.com/google-ads/answer/7159363).

Even when video advertising aims to increase brand awareness, for example, this novelty will certainly make it easier for users to take action such as visits to a website.

In addition to these changes, it is announced that TrueView ads will continue with extensions and enhancements, for example, so Sitelink extensions are currently in the Beta testing phase and will be available to everyone in the coming months. Testing by Google in the U.S. based on 30 advertisers showed that adding sitelink extensions to TrueView ads results in 23% more conversions and 50% more clicks.

The Merchant Center has become available in 95 markets

Shopping campaigns have been available in over 50 new markets since November 6, and now the number of markets where shopping ads can be used has reached 95! Unfortunately, Croatia is still not among the listed markets.

Ads can be served in multiple different countries using the same language using a multi-country feed. For example, if a feed is uploaded in German language, the ads will be available for Austria and Switzerland market too. All that needs to be adjusted are shipping and location targeting for those countries so that the ads can run.

There have been some design changes at the Merchant Center with the purpose of making it simpler and easier to find and read data.

There have been some design changes at the Merchant Center with the purpose of making it simpler and easier to find and read data.

On November 7th, a new version of Google Ads Editor (v1.2) was introduced. App campaigns for engagement and Discovery campaigns are available in the new version, which means that you can now create and edit them using Editor.

The news is that negative keyword lists can now be shared across accounts using the Shared Library in Google Ads Editor.

Searching for errors is also new, so they can now be searched across all campaigns and accounts, reducing the amount of time spent finding them so far. Blank fields such as video IDs or custom parameters will now be “hidden” in the edit pane.

The YouTube Masthead on TVs was announced in September when the beta was released. After successful testing in specific markets, YouTube Masthead has become globally available to all CPM-based advertisers (read more about CPM here: https://support.google.com/google-ads/answer / 9402524? hl = en). There is an option to buy as part of a seamless cross-screen that is displayed on mobile devices, desktops, and TVs, or as part of a single-screen that is only displayed on TVs.

FOX has been testing this type of ad for the last month and read more at https://support.google.com/google-ads/answer/9639395

The Bid Strategy Report now brings Top Bidding Signals, which aim to gain a better understanding of how campaigns work. Top signals will initially be available for search campaigns that use Target CPA and Maximize conversions as a bid strategy. Later it will be added for both Target ROAS and Maximize conversion value. Top signals include device type, location, day of the week, time of day, keywords. Likewise, the report may contain different combinations, so it will be able to show that, for example, people searching for a brand located in Varaždin are more likely to convert on weekends. 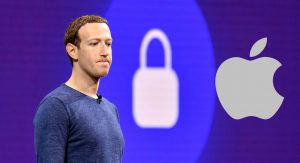 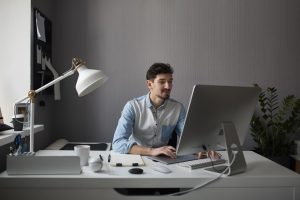